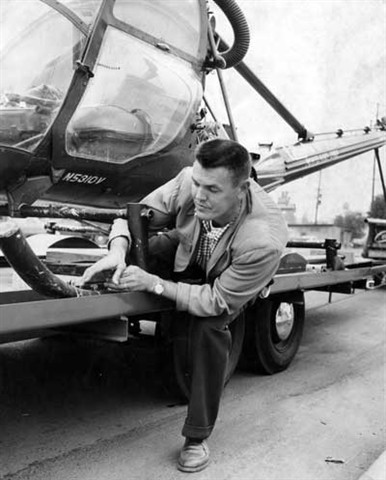 It may be one of the most dramatic events to take place in the history of the Southern Oregon Coast that most Oregonians have never heard about.

On September 10, 1957, a young pilot in a small helicopter single-handedly rescued 15 sailors from a dredge sinking in the entrance to the Coos Bay channel. It was believed to be the largest rescue by helicopter and by a single pilot a record that stood for over a decade.

Wes Lematta founded Columbia Helicopters just five months before taking part in the amazing rescue. Working as a truck driver during the week and selling rides at county fairs on the weekends, Lematta struggled early to give his fledgling company the boost it needed.

Lematta soon accepted a contract with the U.S. Army Corps of Engineers to fly inspectors to a number of dredges working along the Oregon Coast during the summer of 1957. Working from Coos Bay on September 10th, Wes and his passenger, Colonel Jackson Graham, visited the dredge working at the channel entrance before moving to another operation further up the coast. Ironically, the stop at the dredge, the William T. Rossell, was to present the crew with an award for a spotless two-year safety record.

“We were just returning to Coos Bay when we saw a number of small boats all leaving the harbor,” recalls Lematta. “At first we thought they were headed out fishing, but then Col. Graham realized the Rossell was sinking. We turned and flew toward the ship.”

The Norwegian freighter Thorshall had struck the Rossell at about five in the afternoon, hit near the bridge where two of the dredges three watertight compartments met. The vessel rapidly began to take on water, with some crewmembers able to reach lifeboats before the ship settled lower into the water. The Thorshall was undamaged and moved away from the sinking craft.

“As we got closer, we could see crewmen clinging to the rigging and superstructure, but it didn’t look like they were in immediate danger,” continued Lematta. “We flew around the area looking for other survivors in the water, but didn’t see any. There were life jackets and wreckage all over the channel.”

Lematta flew to a nearby North Jetty where the Colonel and another passenger disembarked. He then returned to the ship and lifted the first survivor off the ship before noticing he was low on fuel. “There wasn’t time to go to the airport for fuel, so I went to the Charleston Coast Guard lifeboat station and got automobile gas instead.”

Returning to the scene of the wreck, Lematta found the ship had settled even lower, and the remaining crewmembers were desperately hanging from the ship’s masts and superstructure. Lematta went to work.

“I would come in close and hover near the ship, and try to get one man at a time to climb on to the left skid of the helicopter. I wanted them to climb into the cockpit with me, but once they were on the skid, they didn’t want to let go again,” Lematta chuckles.

Back and forth, Lematta flew to the ship. Because the crewmembers were holding onto the mast and rigging, it was necessary to bring the rotors dangerously close to the ship.

“Colonel Graham found some rope and fashioned a sling that we were able to hang below the helicopter. Some of the crew held onto that just by sheer strength,” continued Lematta. “We were lucky nothing broke loose.”

“I was only scared once,” admitted Lematta. “That was when I still had four men left to rescue and a large wave broke into the rotor blades and made quite a racket. I could hear the rotor sputtering, but I just climbed fast and got out of there.”

“Near the end, some of the crewmen were getting cold from the wind and breakers, and were really afraid,” said Lematta. “The last three men had to climb up and hang onto the mast as they tried to grab the skid so the waves wouldn’t wash them overboard. One fellow, the mess boy, got scared and he was swept away by a wave. Someone told me later that he drowned.”

At the end, two hours later, Lematta had rescued 15 crewmen from the sinking dredge. It was Colonel Graham who best summed up the operation during a press conference: “If ever a man had guts, the chopper pilot sure had a bag full. Wesley must have made 20 tries out there. He flew to the point of exhaustion and then some. The only time he set the bird down was to refuel it.”

In recognition of his efforts and despite being a civilian, Wes Lematta was presented the Army Air Medal by the Corps of Engineers, as well as countless letters of congratulations from state and federal officials. Colonel Graham was also recognized, receiving the Army Soldier’s Medal.

Always one to recognize the benefits of publicity, Lematta used his fame to give his company the nudge it needed. By constantly promoting the capabilities of helicopters and using extraordinary vision, Lematta was able to build his company into what is today the world’s largest private operator of heavy-lift helicopters. 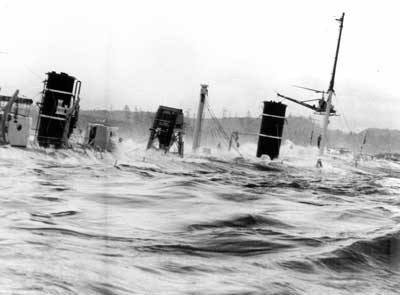